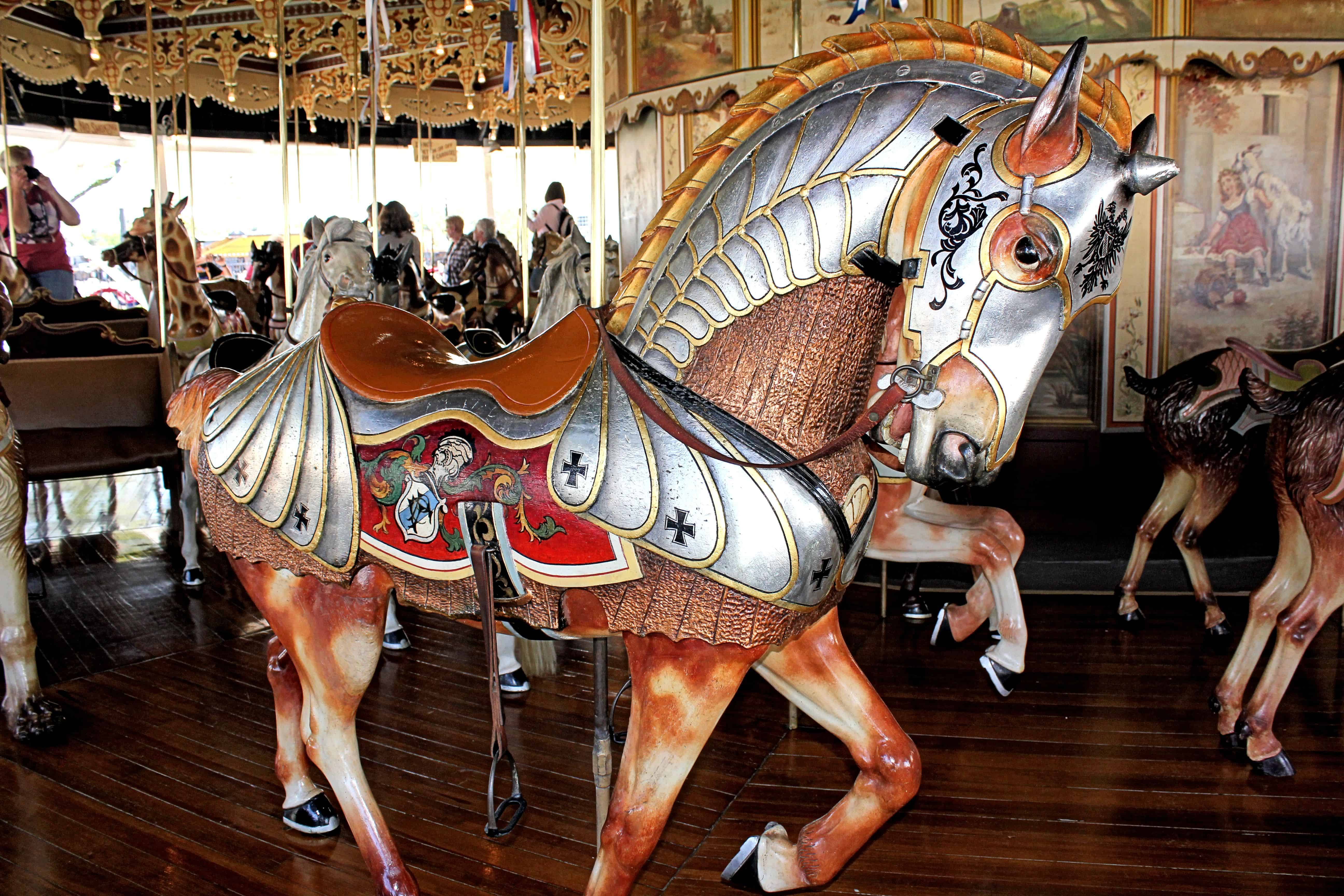 The historic Kit Carson County Carousel (also known as PTC #6) was built in 1905 by the Philadelphia Toboggan Company for Elitch Gardens in Denver, where it operated every summer until 1928. The Kit Carson County Commissioners purchased the Carousel in 1928 for $ 1,200, which included the delivery of the carousel to Burlington.

Today, the Carousel is housed in the original 1928 building. Music is provided by an 1909 Wurlitzer Monster Military Band Organ that was also apart of the original purchase in 1928.A 12 sided cupola sits atop the building and when all 12 doors are open, the building is completely open.

The Carousel features 46 hand carved animals that have been restored to their original paint that march counter-clockwise on the carousel. The animals on the carousel remain stationary, however to add excitement, the manufacturer made it one of the country’s fastest merry-go-rounds, excelling up to a speed of 12 mph.

The animals have intricate carvings, detailed coats, real antlers on the deer and real horse tails on many of the horses. Hand-painted decorations can be found on each of the carousel figures and saddle trappings are reminiscent of those used on cavalry mounts. There are 4 chariots to accommodate riders who would rather not climb onto an animal.

In 1987, the Kit Carson County Carousel was designated a National Historic Landmark, one of only 19 in Colorado. This same year, restoration of the original paint of the animals, chariots, and outer carousel rim began.

The Carousel and Carousel Museum is open from Memorial Day to Labor Day from 11 a.m. to 6 p.m. daily.